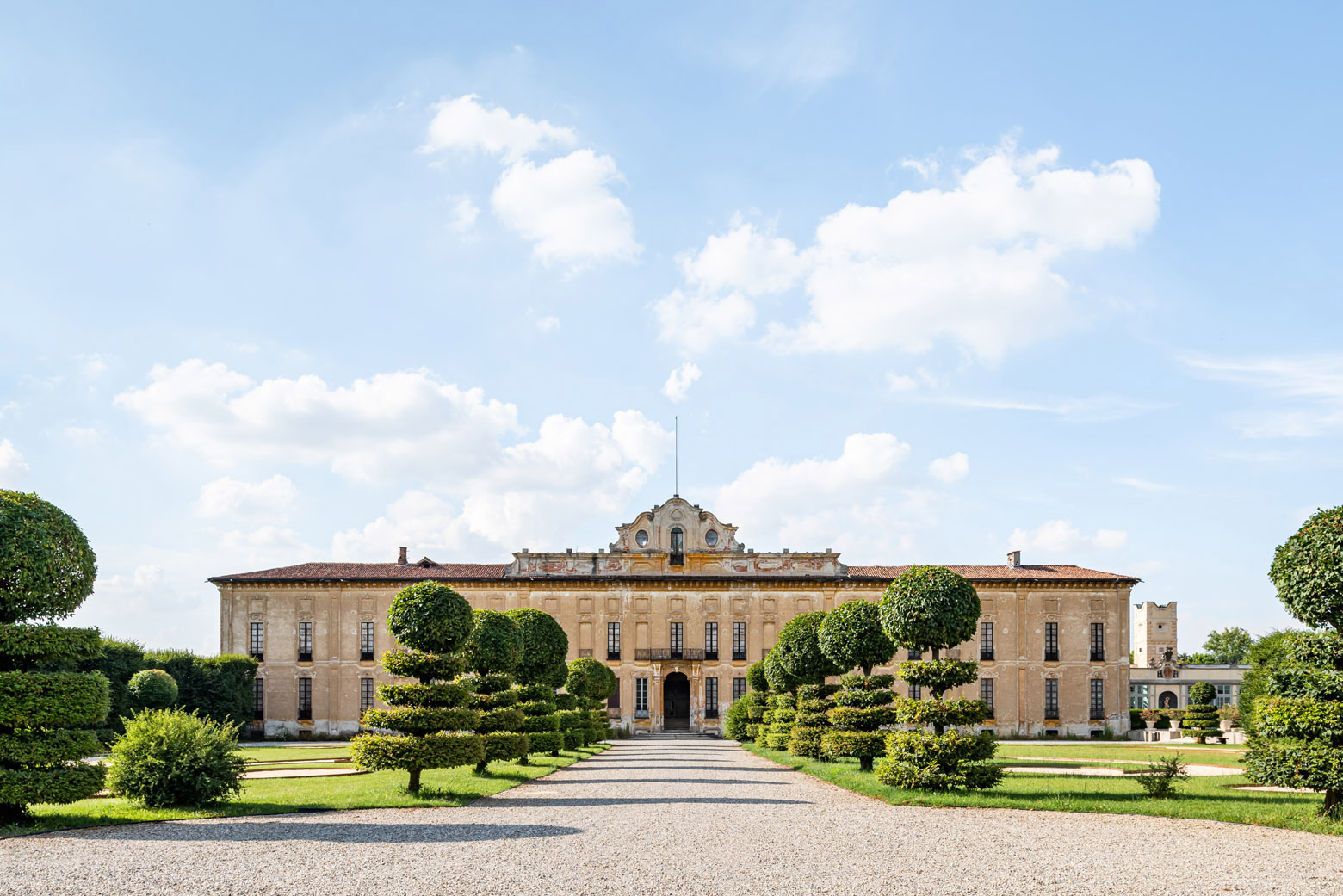 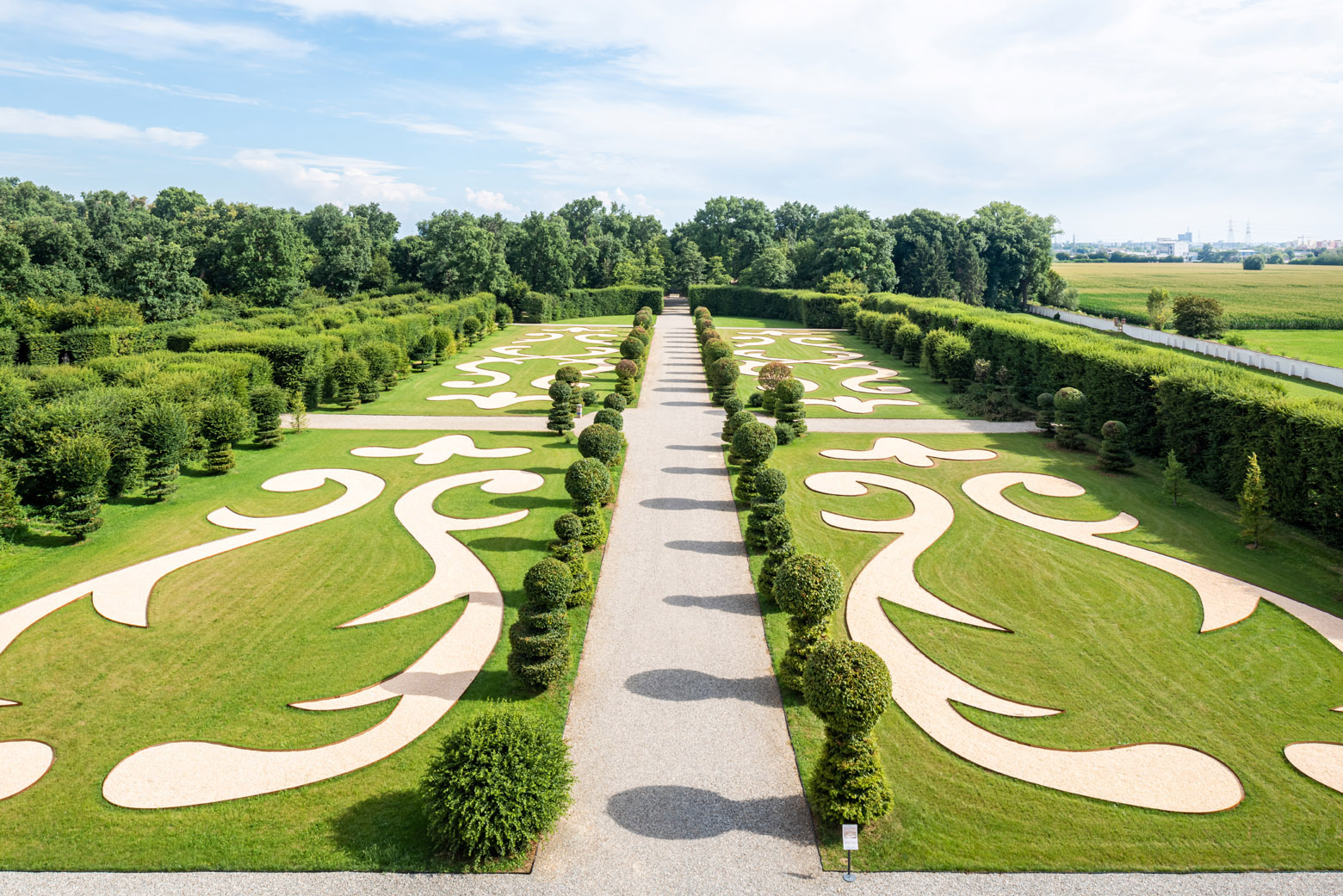 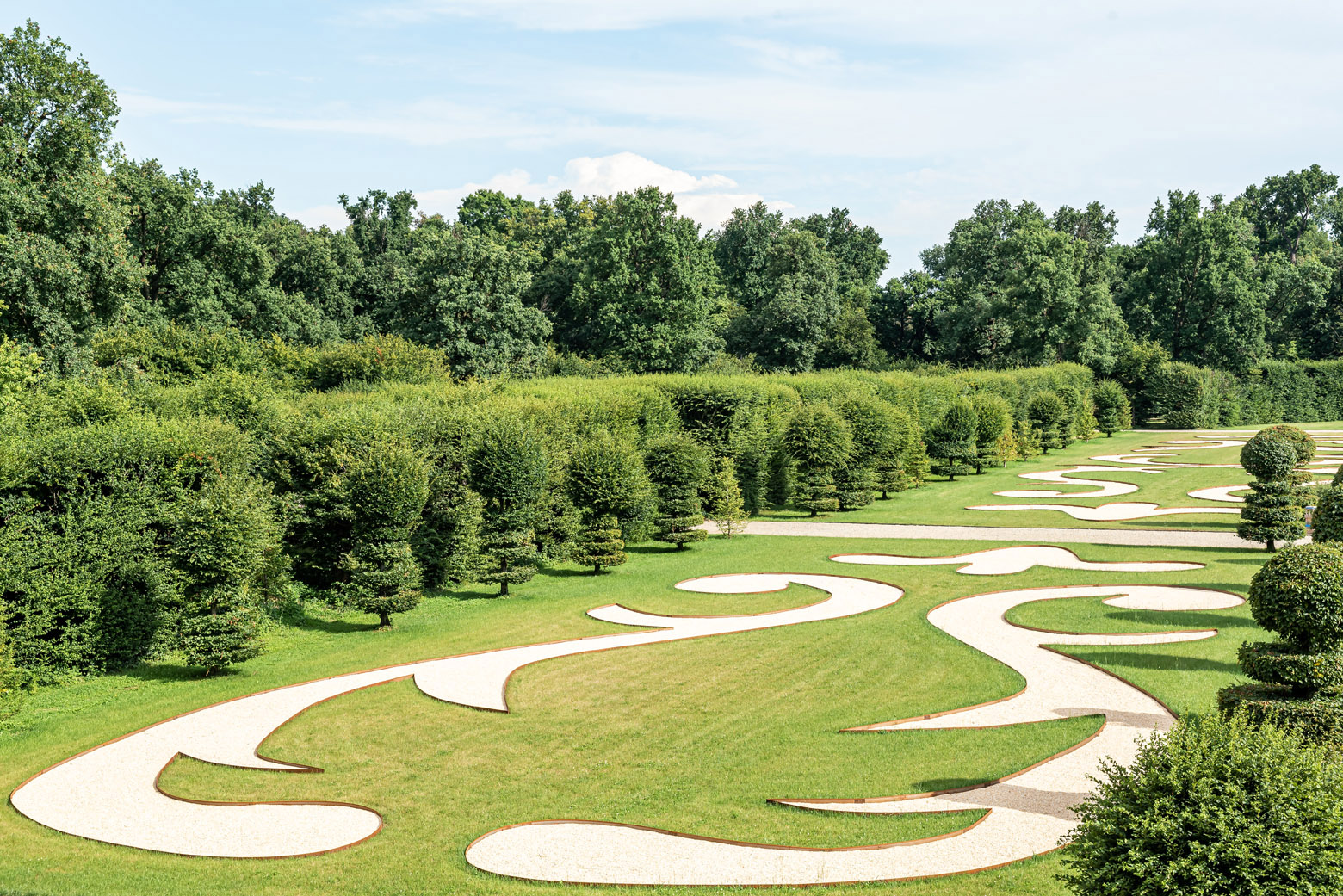 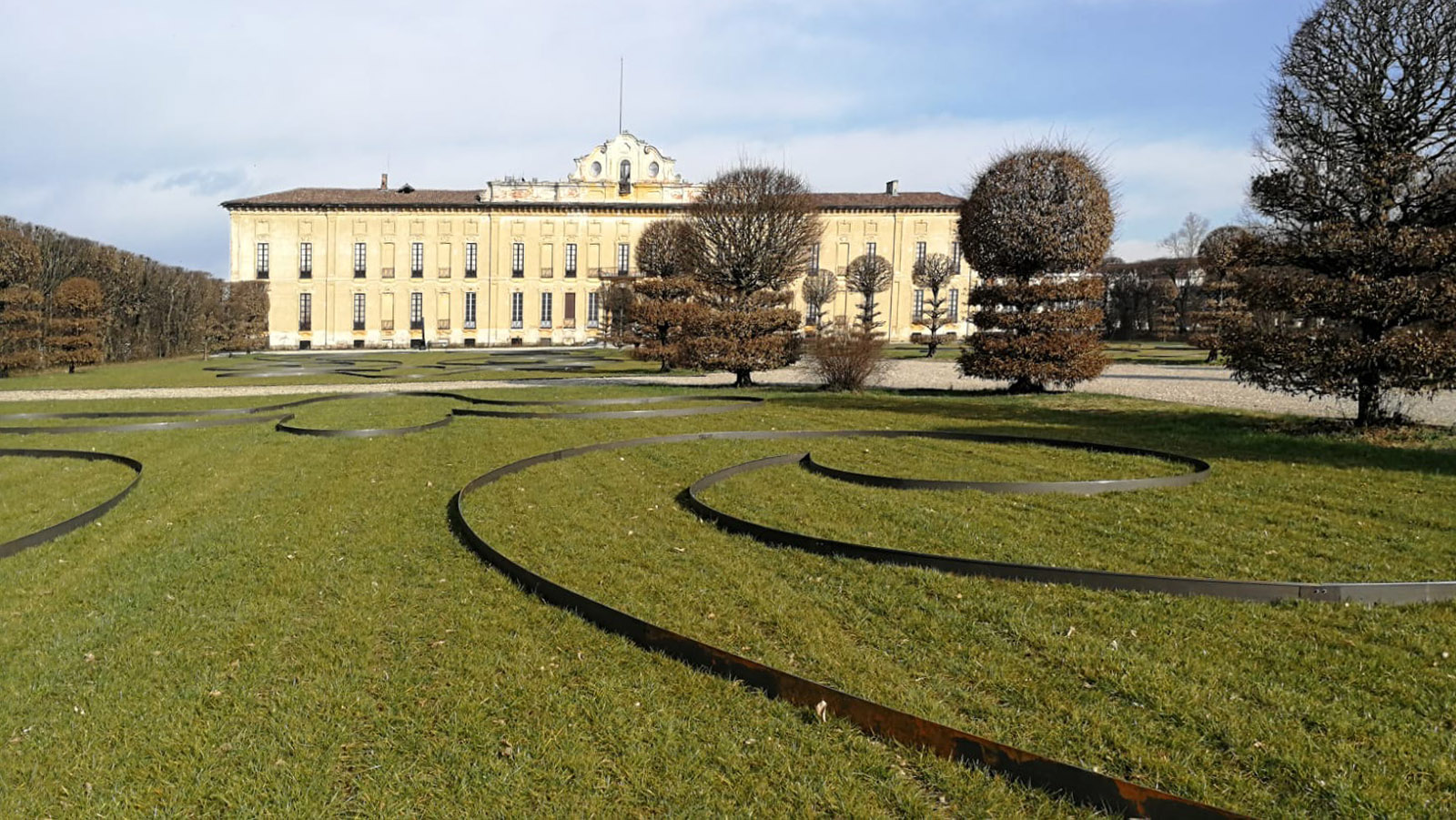 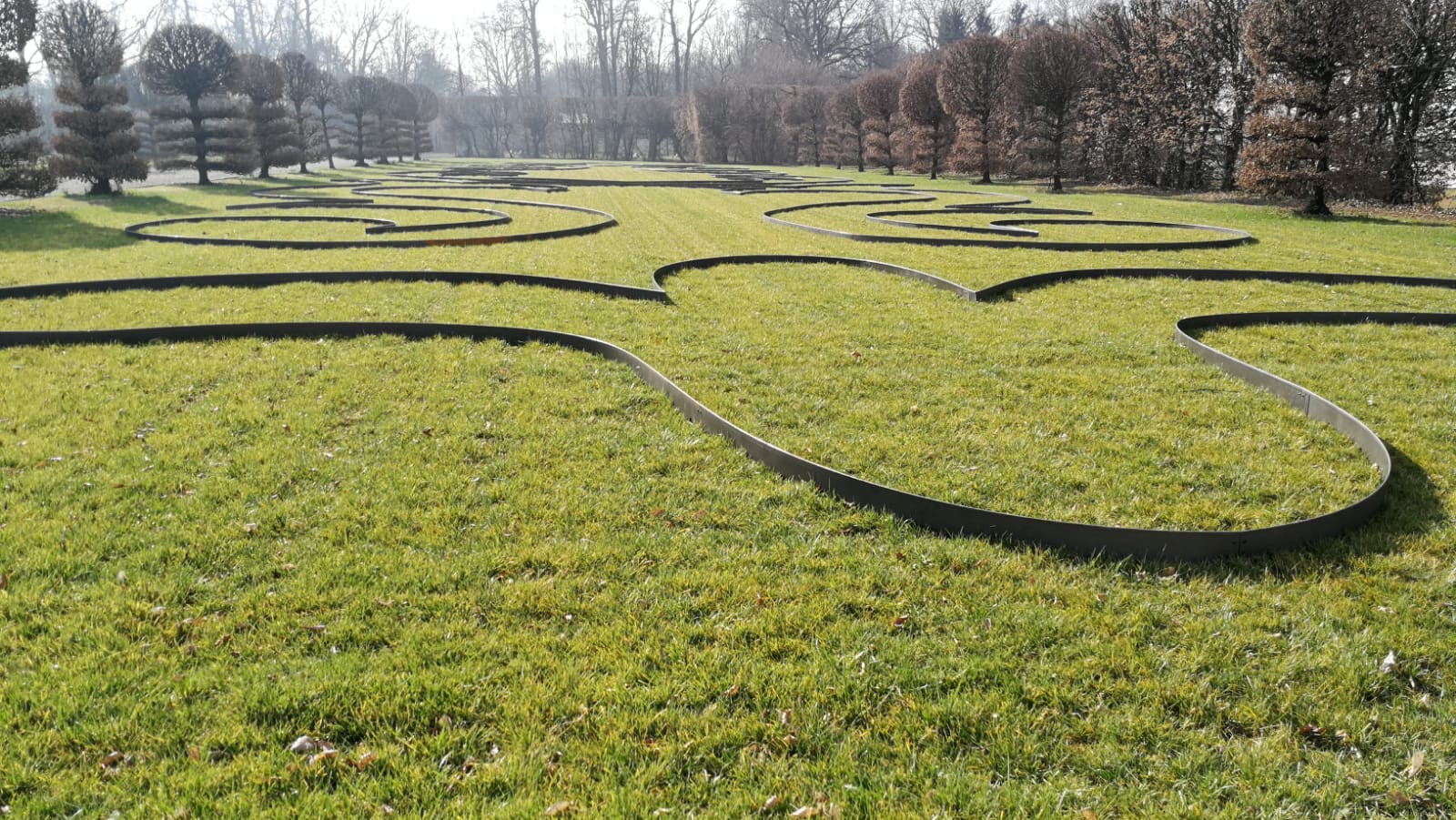 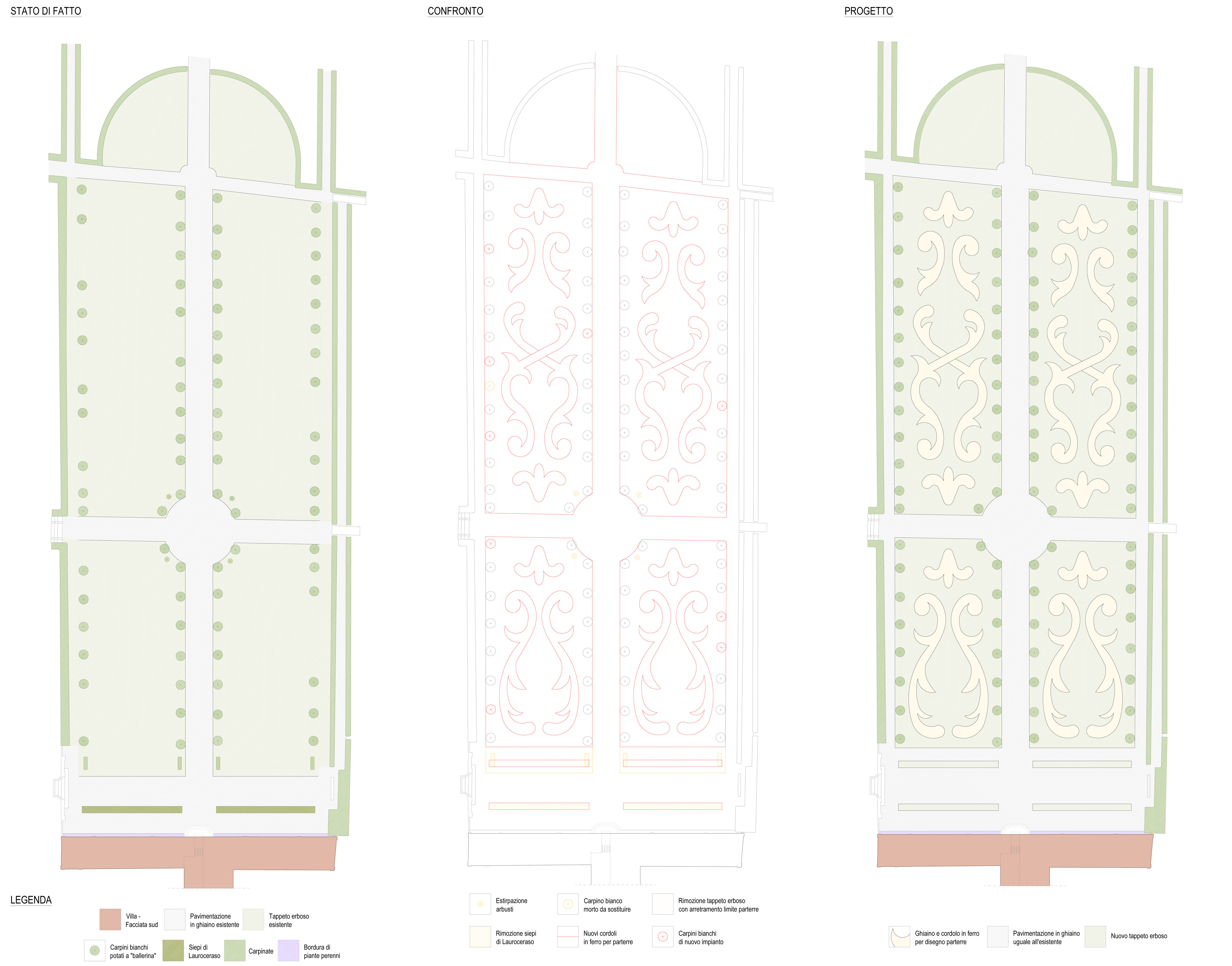 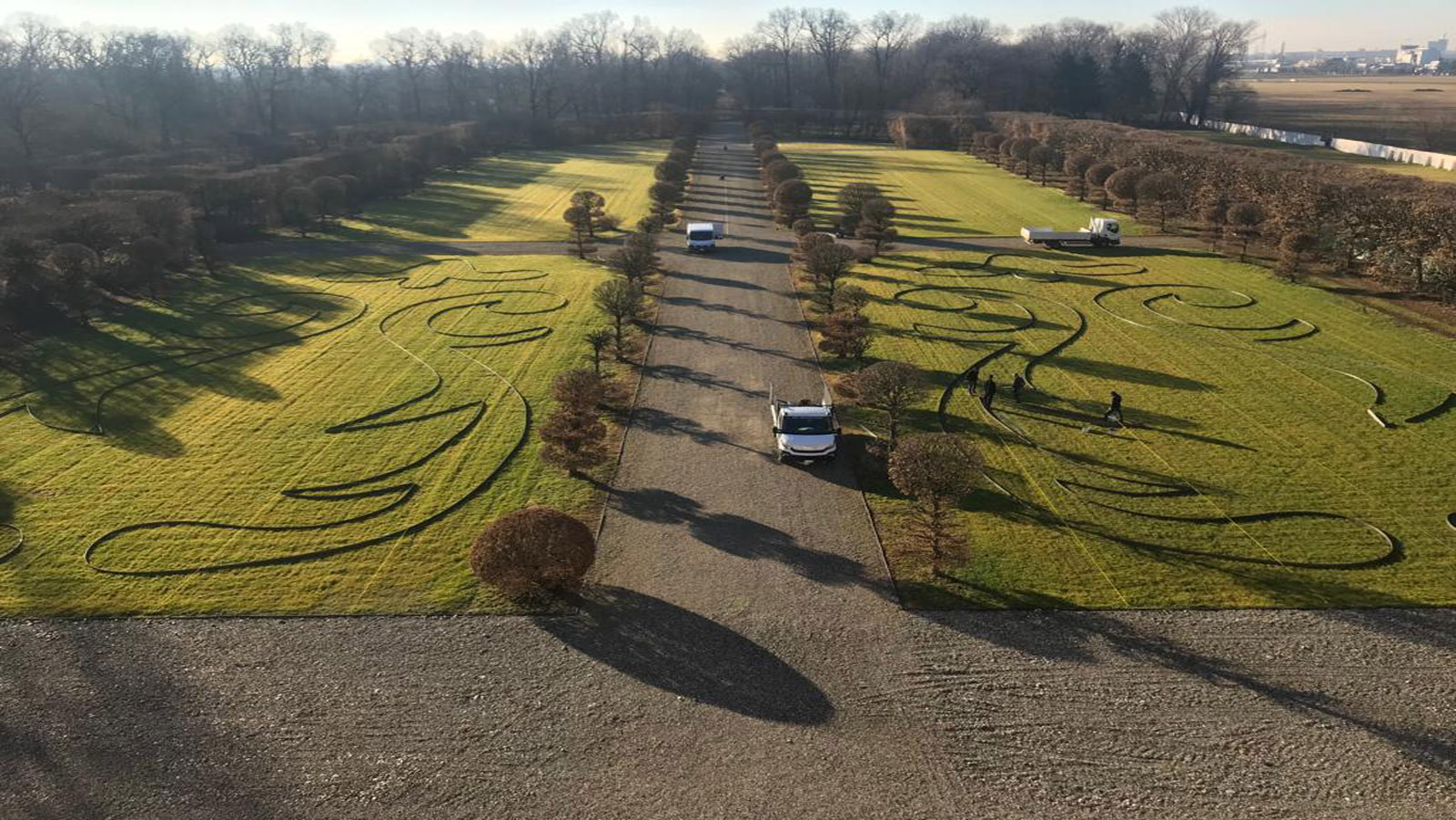 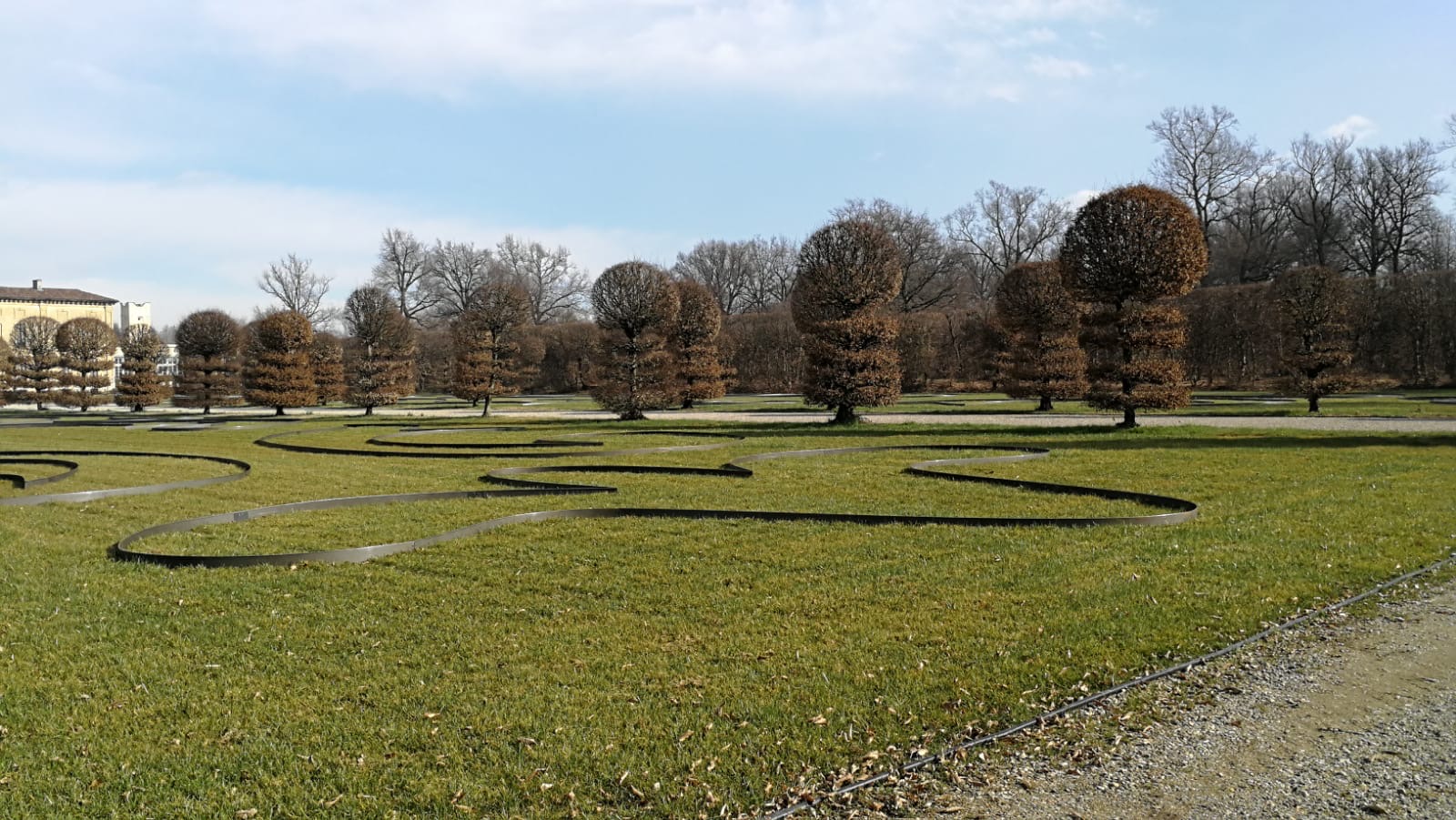 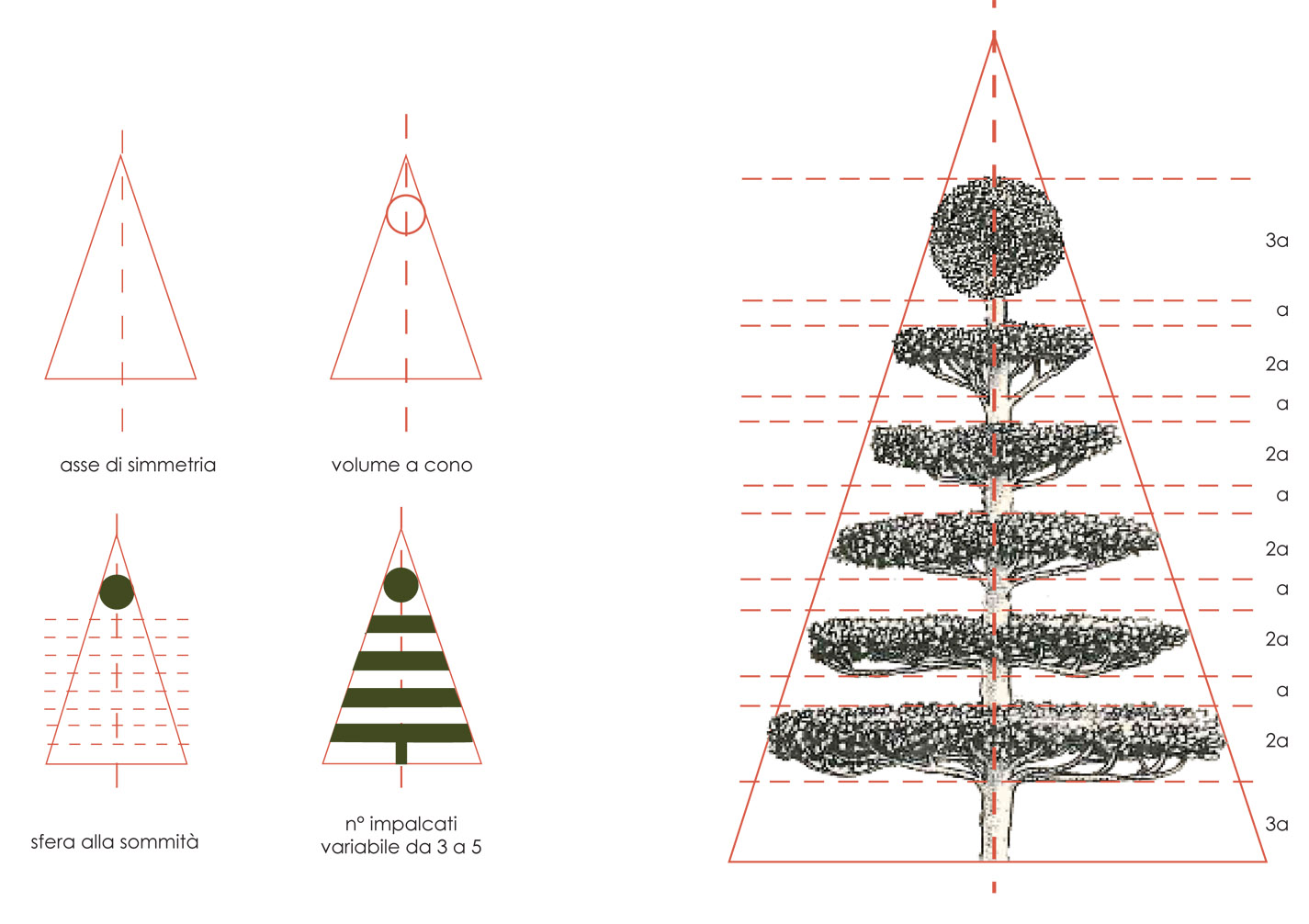 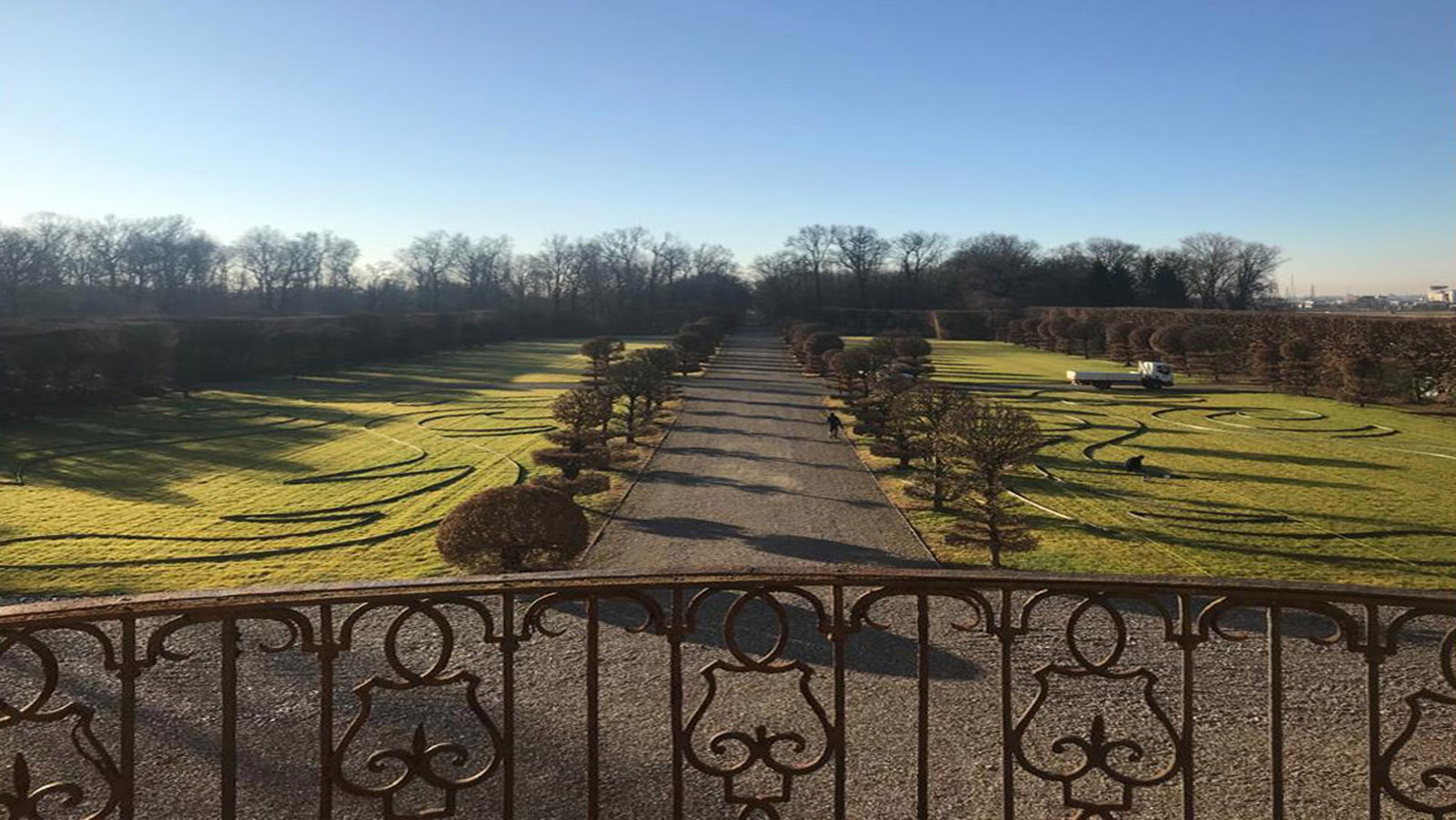 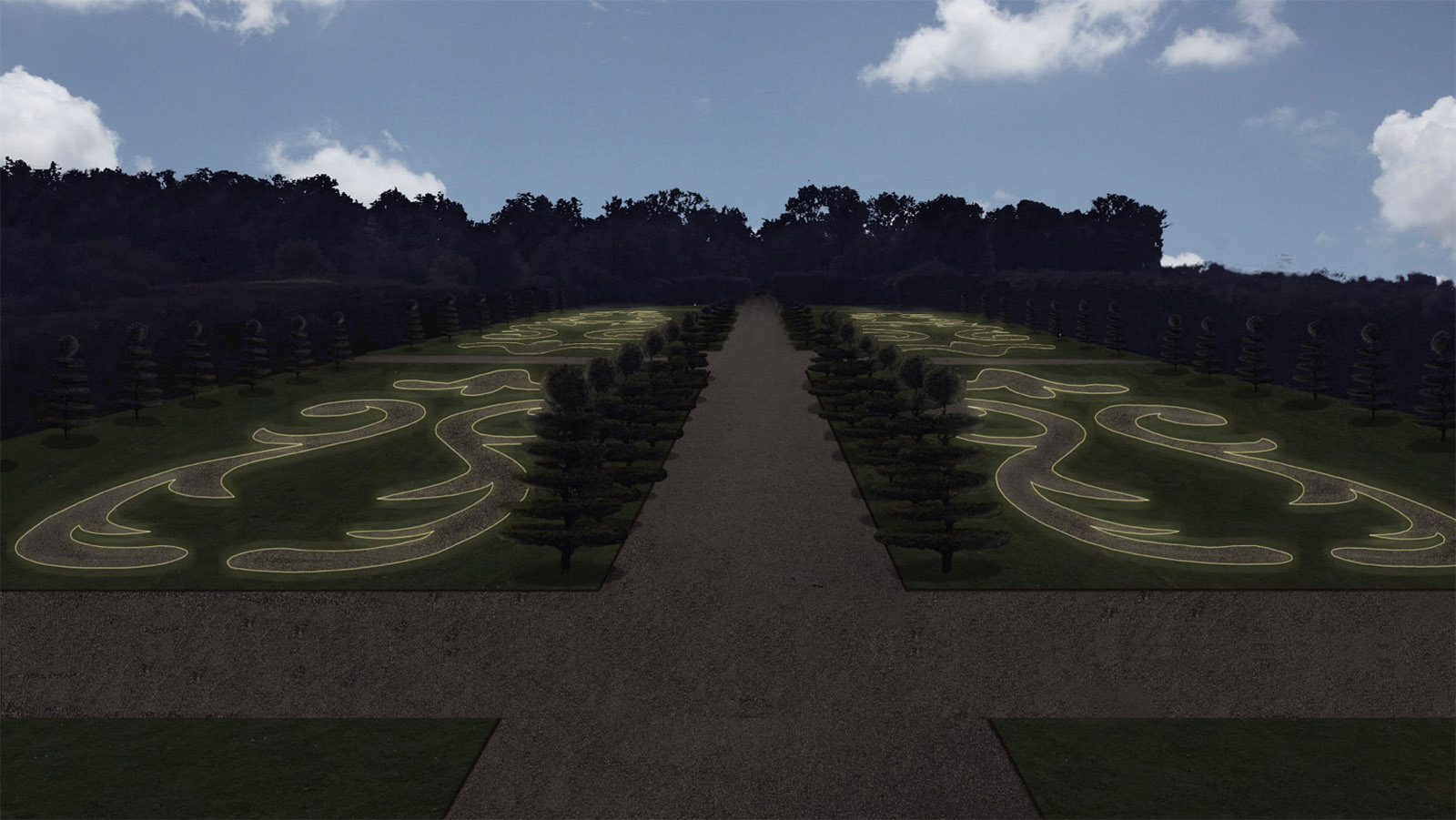 For several years Villa Arconati in Bollate has been involved in a restoration that concerns both the historic buildingsand its splendid garden, a rare example at national level (probably also European) of topiaryart in which carpinate,berceaux, espaliers and green rooms including the bearing system, still well perceived, of the landscape. In 2019 wewere called to prepare the redevelopment project of the “large parterre” which is located in front of the South facadeof the Villa to be submitted to the Superintendency. The project area is established by four large squares in the meadowcrossed by a cross with vials in gray gravel and at the edges of which there are white Caprino trees (Carpinus betulus)pruned inan obligatory form (“a dancer”). The preliminary study phase is carried out starting from the analysis of thehistorical documentation available; in particular, reference was made to the eighteenth-century tables of the gardendesigned by Marc’Antonio delRe from which we developed an original design of the parterre interpreted in acontemporary key so that it was in a balance consistent with the current context. The result was a revitalized place inwhich engineered flower beds draw soft and curved surfaces within the four squares of turf at the borders of which theCarpini “una ballerina” have been preserved, thickened where they are missing. The works began in recent months withthe leveling of the ground and the remaking of the lawn, followed by the laying of the curved metal curbs that separatethe turf from the ocher yellow gravel, a color chosen to match the one of the facade of the Villa