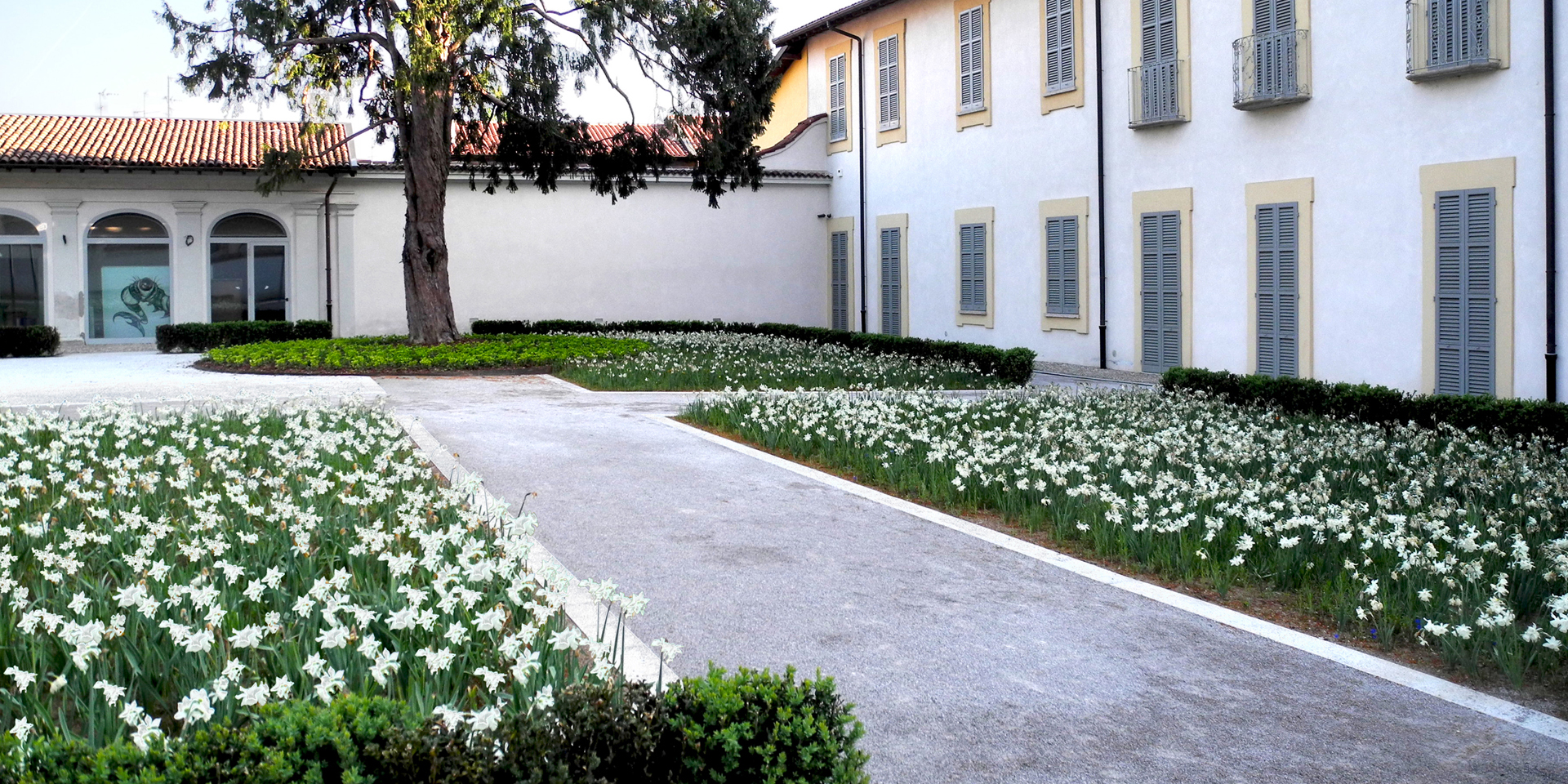 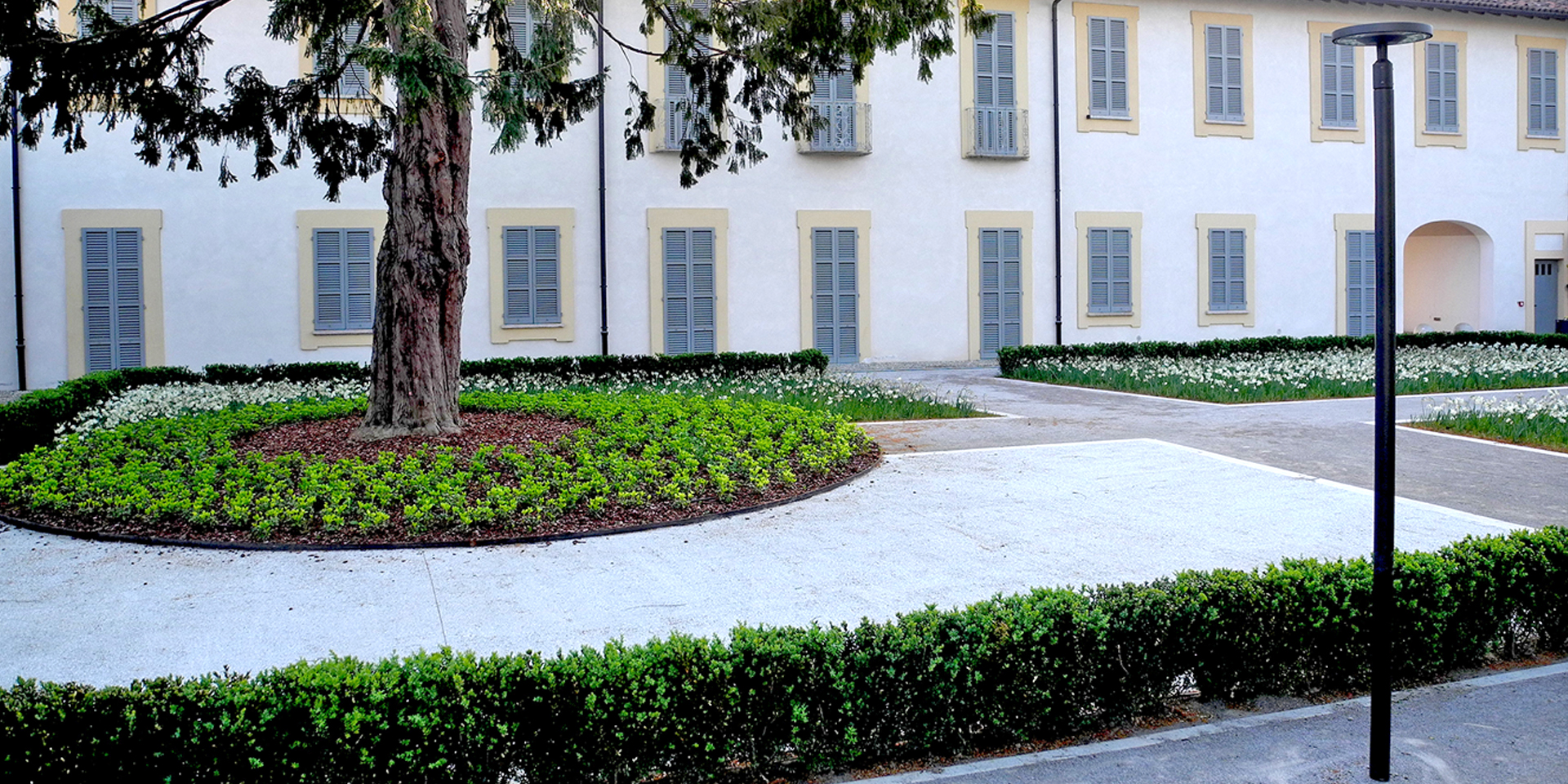 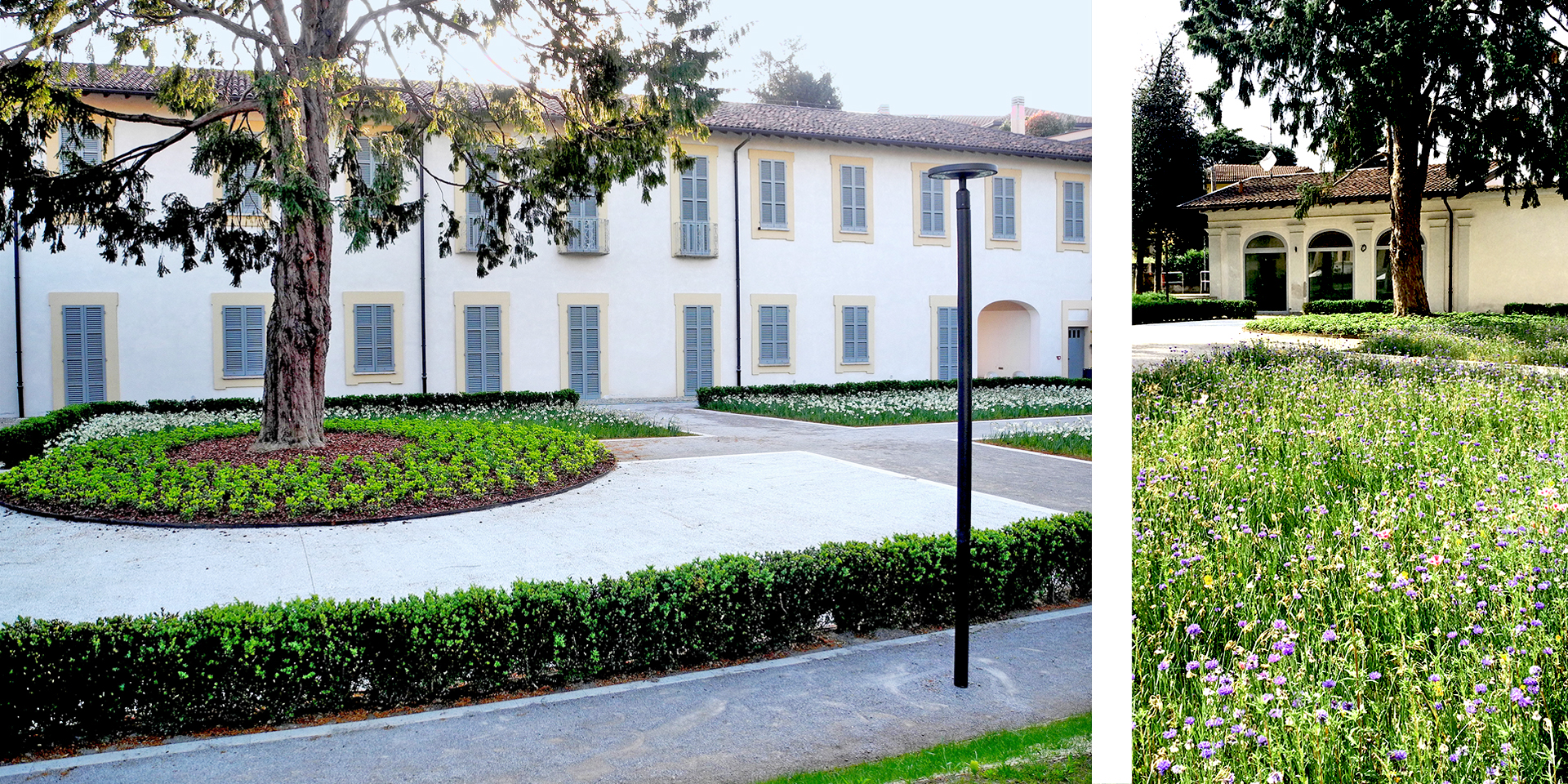 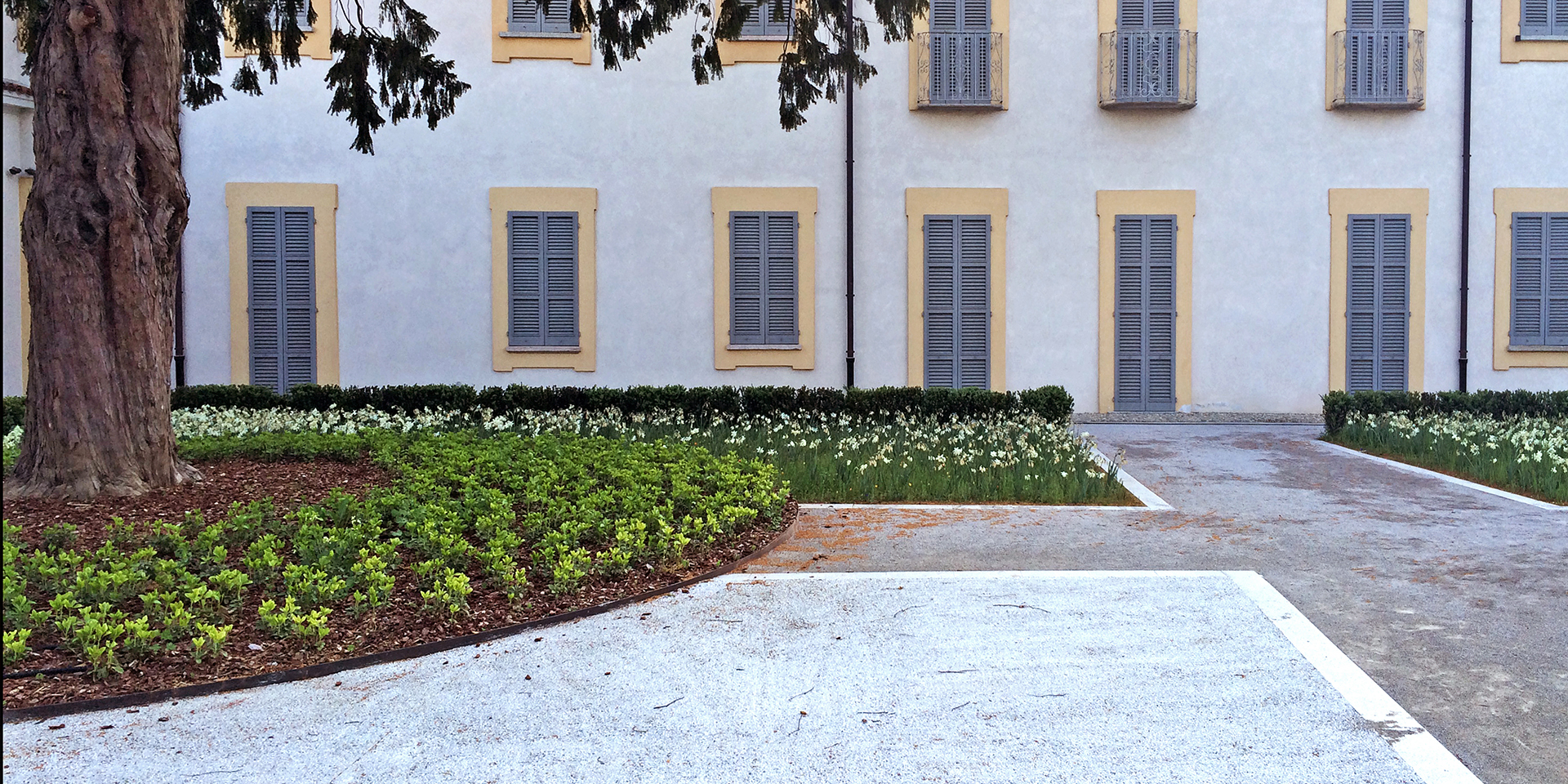 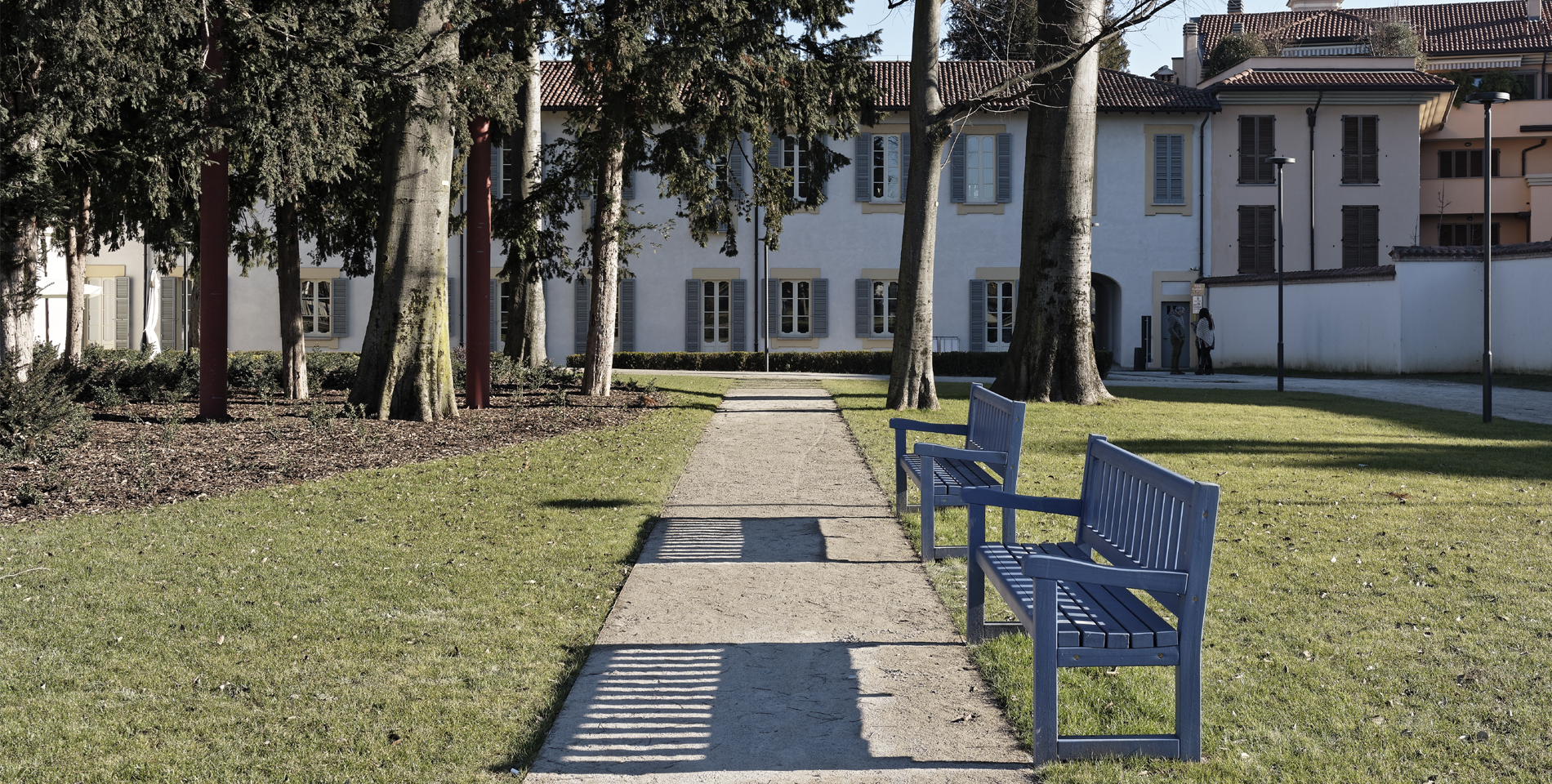 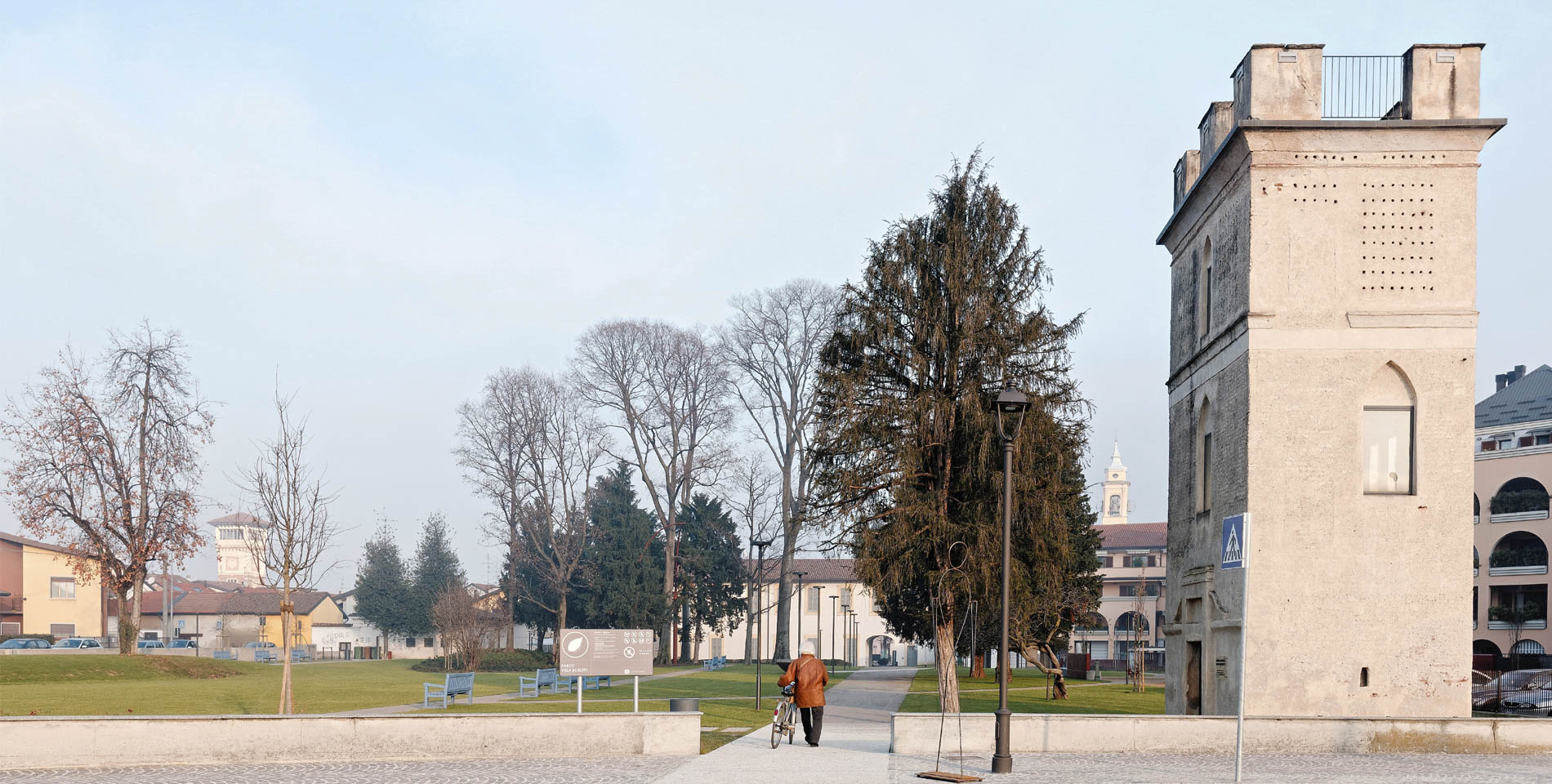 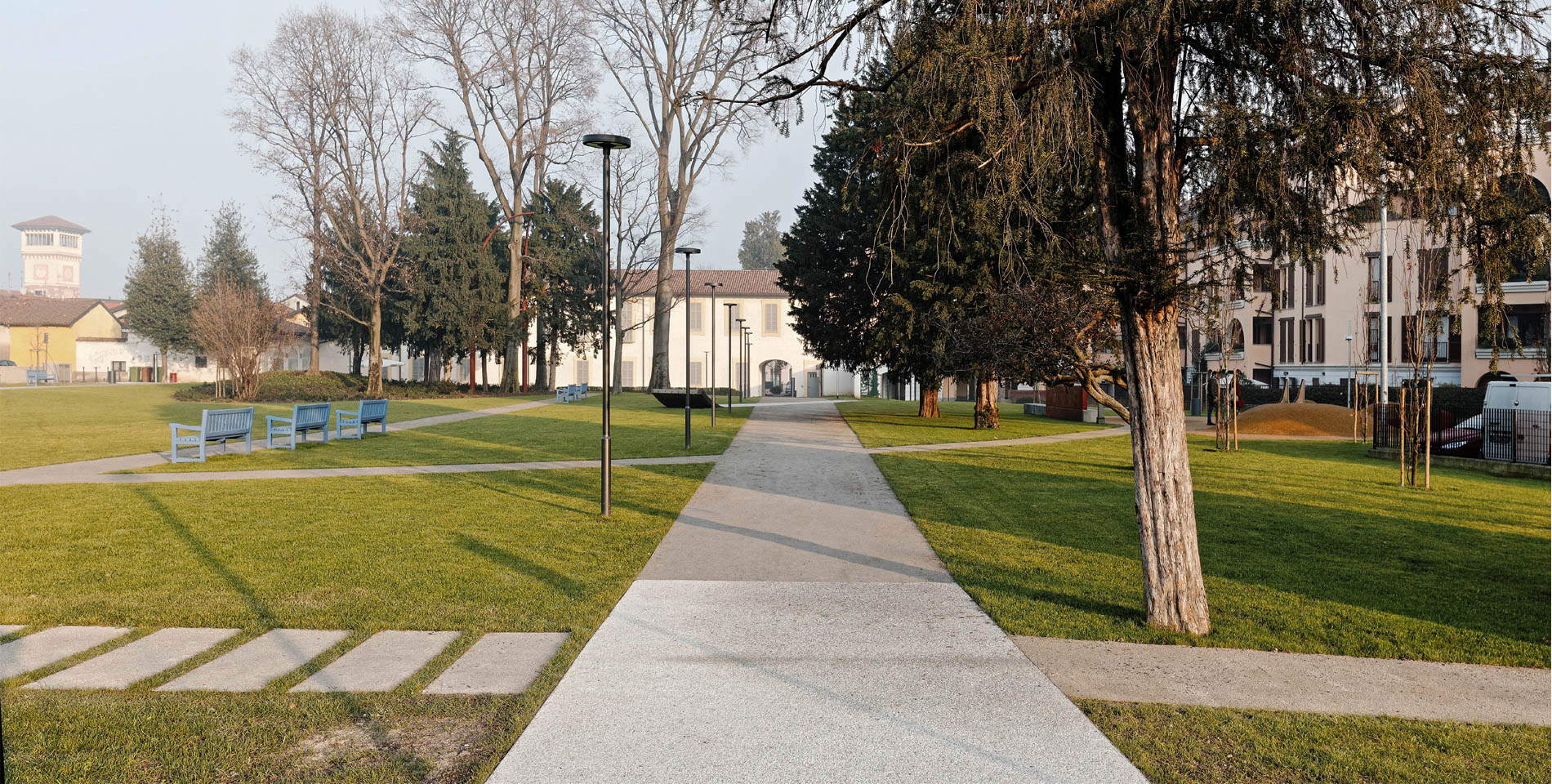 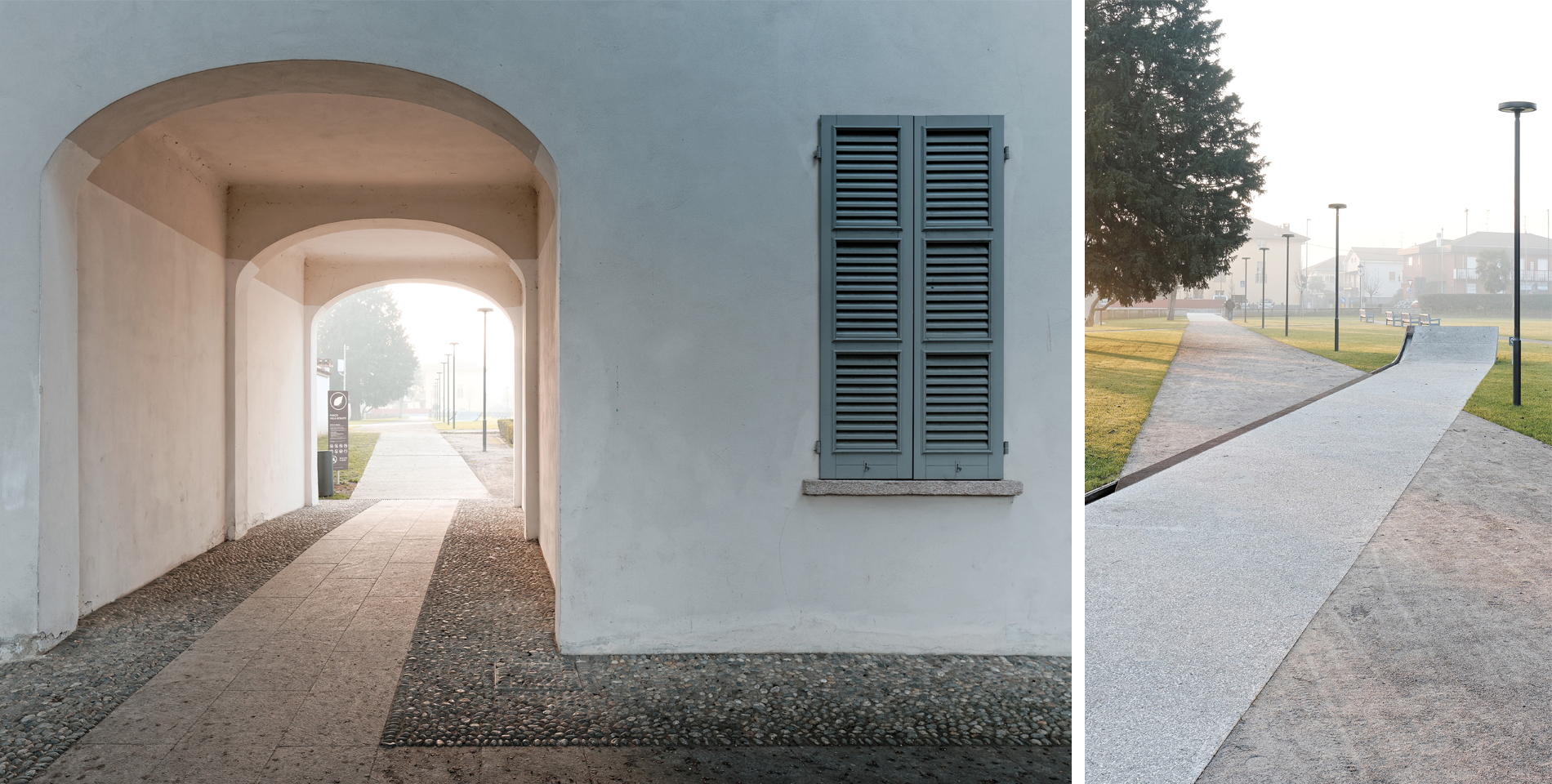 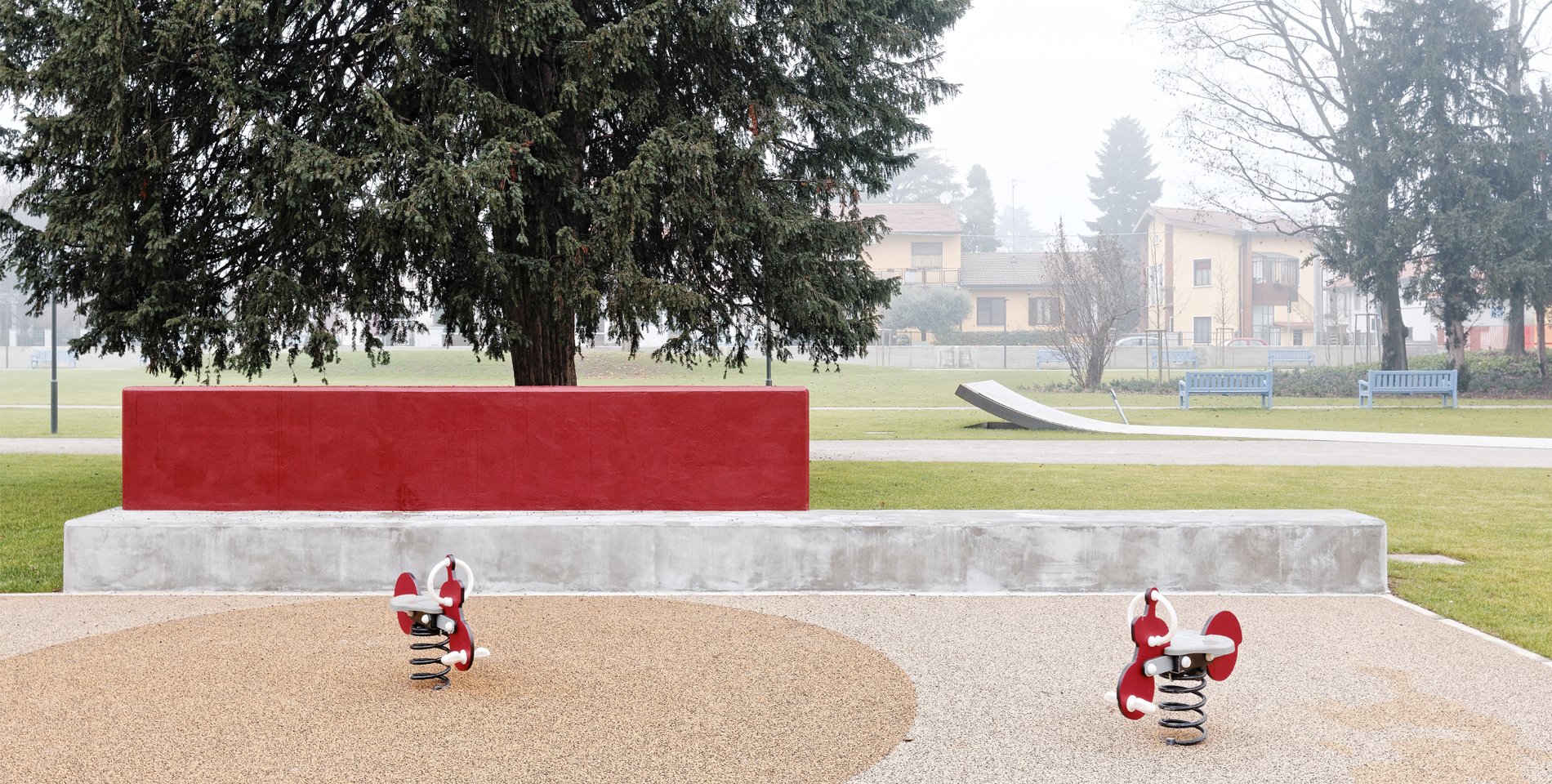 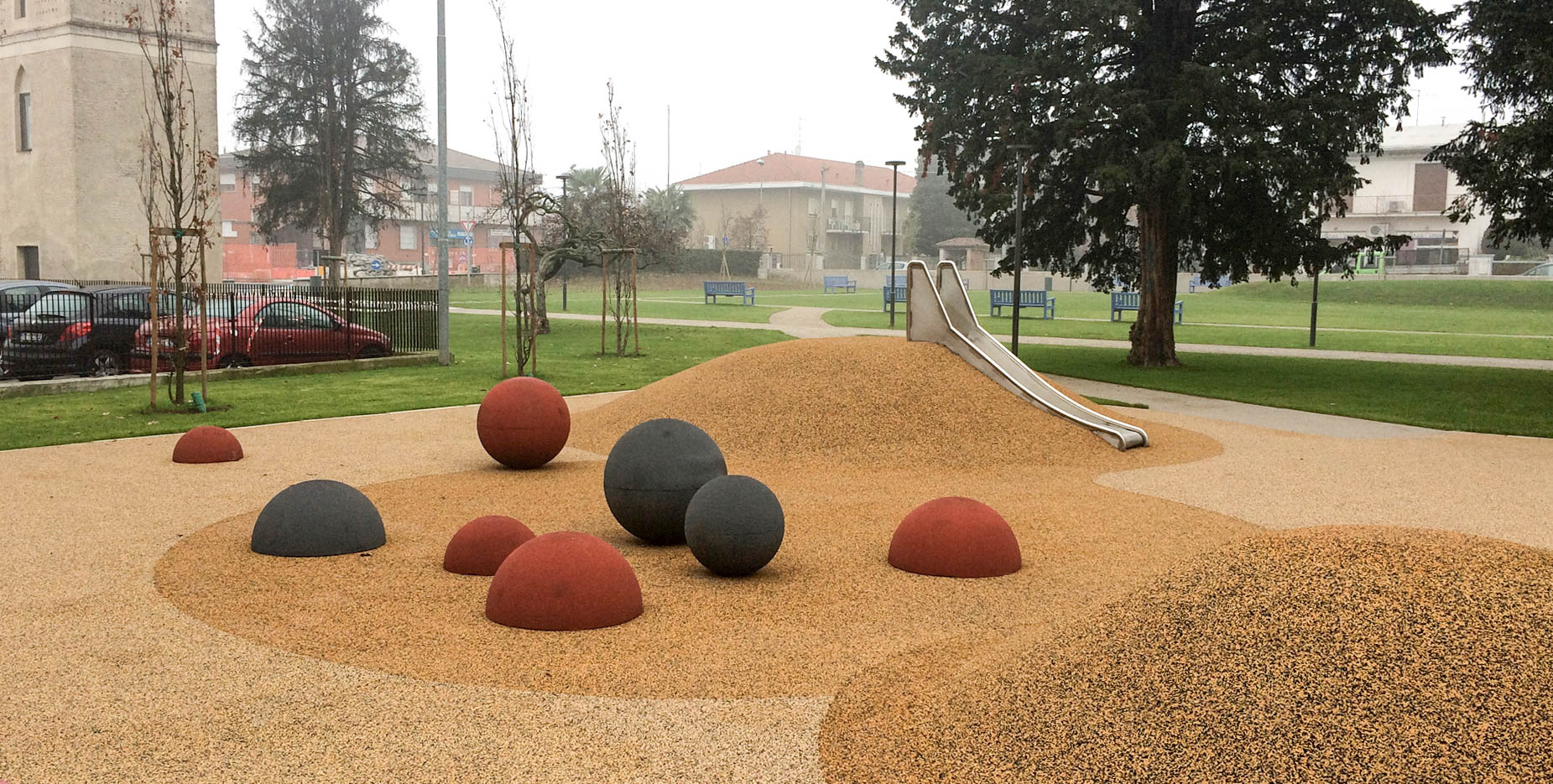 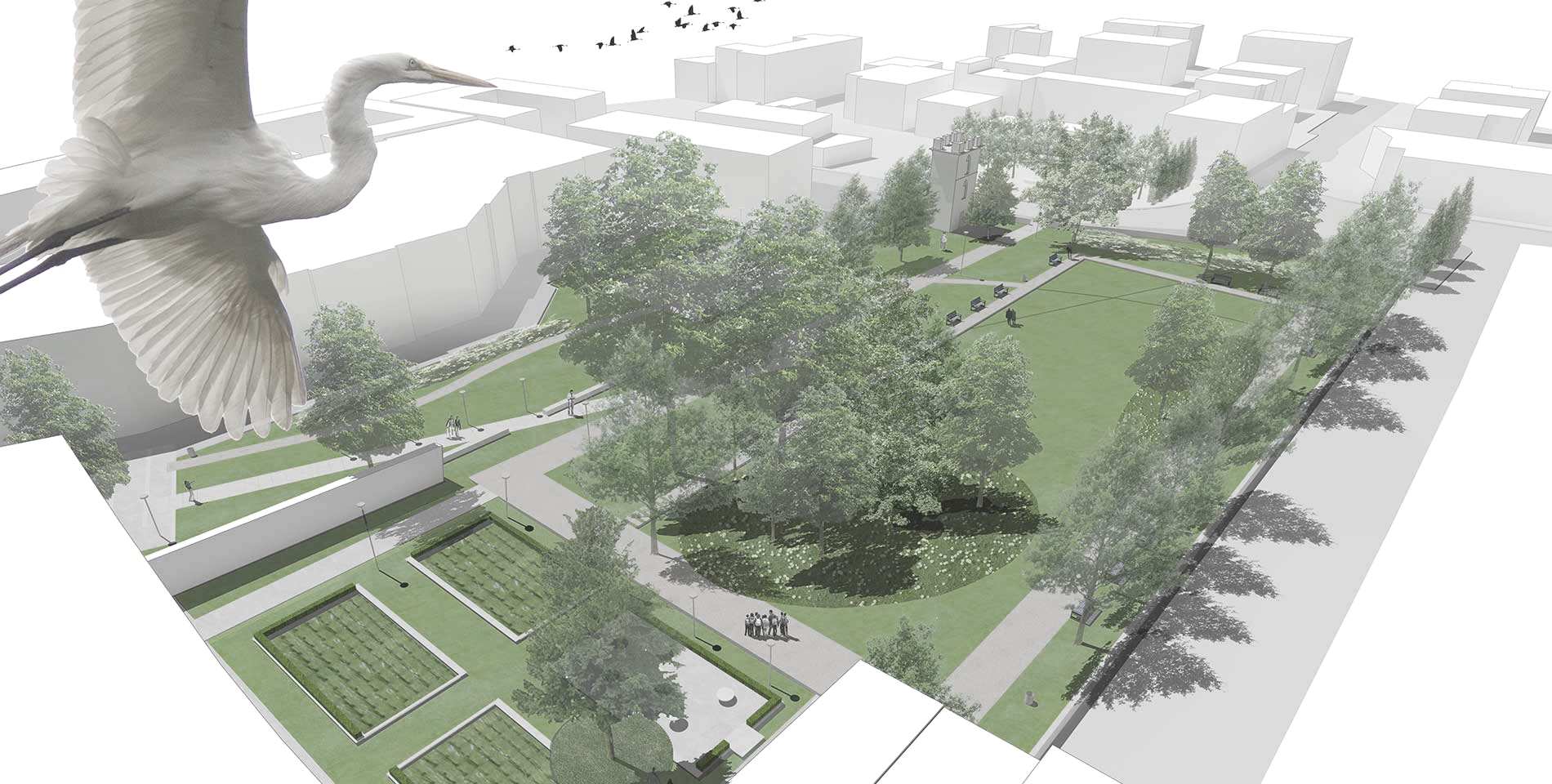 The project, which dates back to 2008, was aimed on the one hand the preservation of the historical area of the park where it was still recognizable, the other the formation of an urban space, considering the existing structures and history and through dialogue with the surroundings, could lead to an overall unified plan.
It was therefore necessary to bring order to the fragmented elements formed as a result of the various alterations suffered over time from the park and provide for the restructuring of the green spaces starting from the evaluation of the safety aspects and the plant health status, so removing the dead trees and not recoverable, poorly placed and no future.
The main axis linking Villa Borletti the terminal portion of the park, separated from the via Visconti, and the new crossing paths joining the points of interest of the park: Schiaparelli tower, the Villa’s parterre, the great ​​lawn with green dunes and the children’s playground.
In a first phase, started in 2014 and ended in 2015, the parterre was made and the dune was redeveloped  with most of the large existing trees. The theme of the parterre is interpreted in a contemporary way with the redesign of low hedges of boxwood bordering flowered fields and the stone paving paths connect to the Villa’s small annex. The large Yew dominates the space.
2016 saw the completion of the entire park with the construction of new paths, in particular the route, flanked by a narrow waterway, connects the central part of the park to the square of the new residence, a sign of union between past and present.
Colored benches dotting the paths offering moments of rest. Many new trees have been planted in the free spaces considering the development of choices species and preferring species that have proven to be better suited to local conditions. The Hackberry (Celtis australis), species that characterizes the park, it also becomes recognizable symbol on new signs that mark all entries.