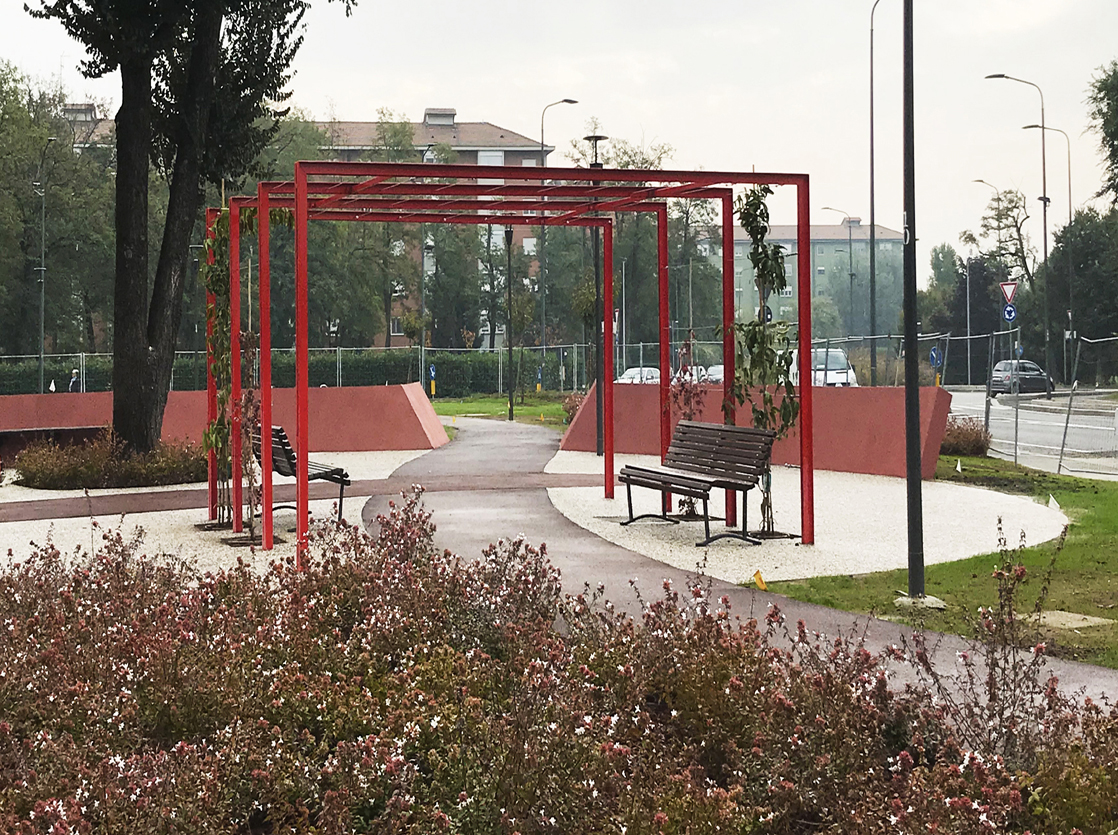 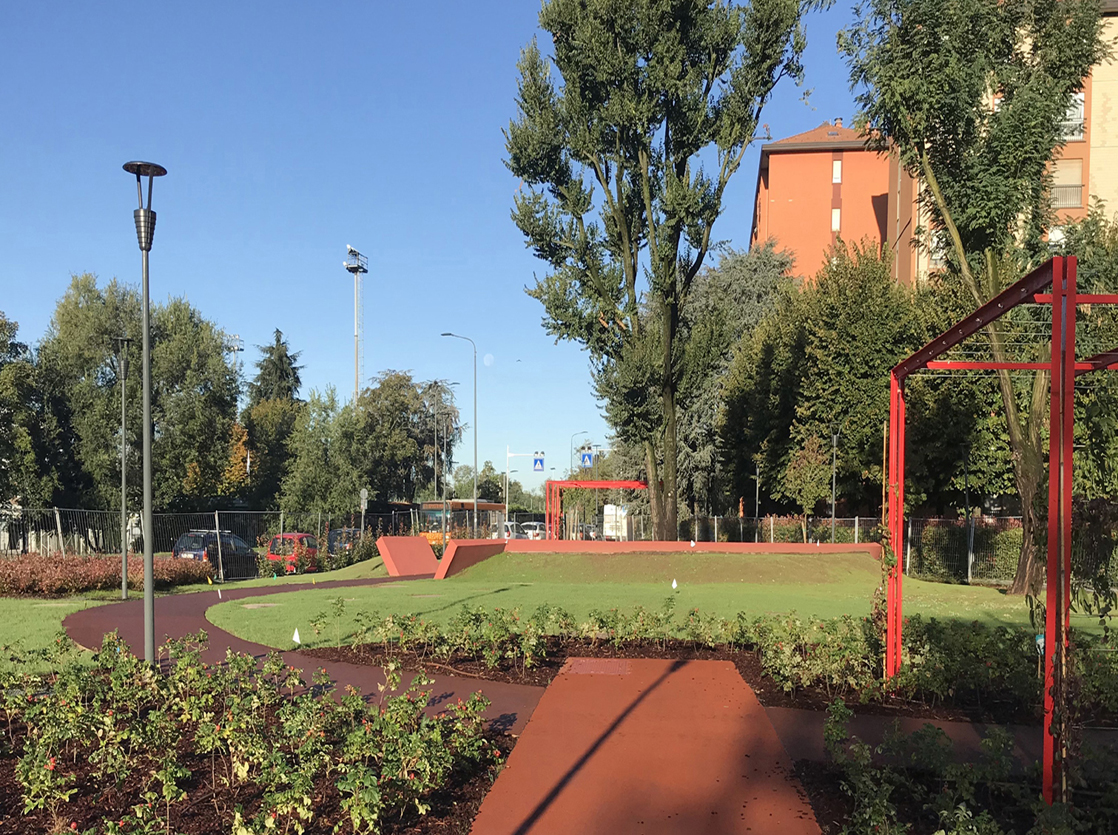 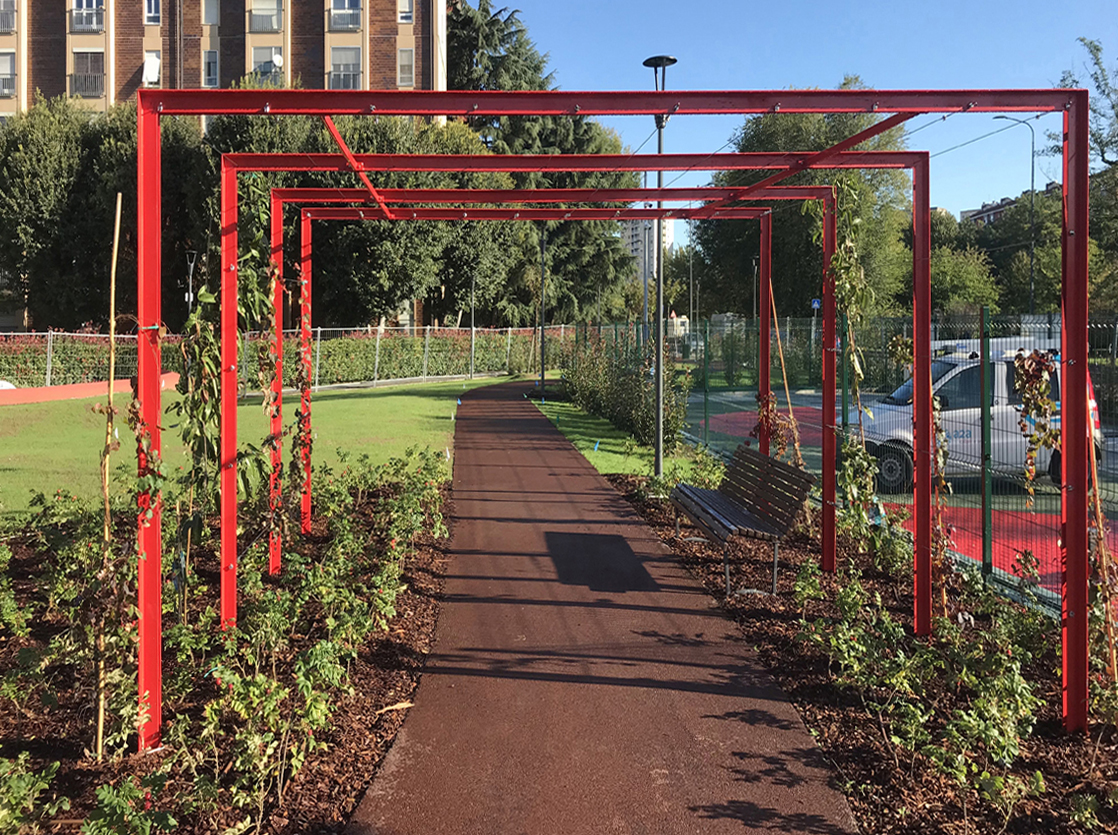 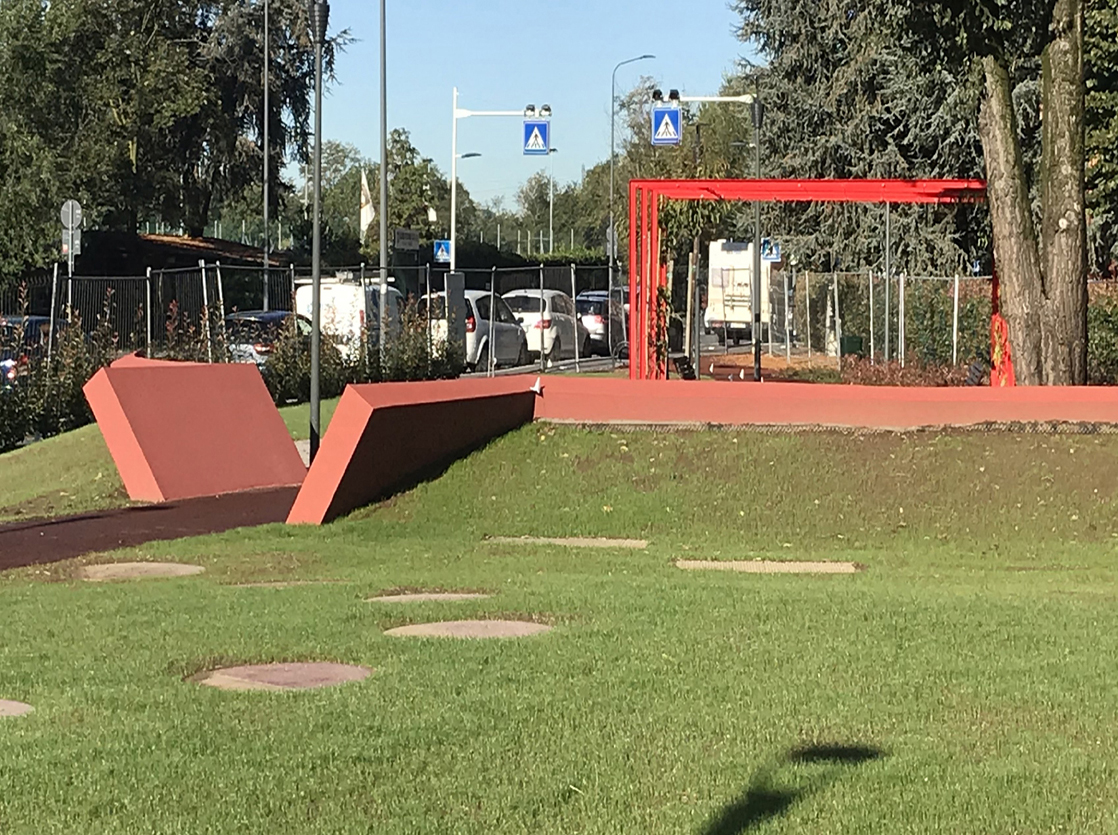 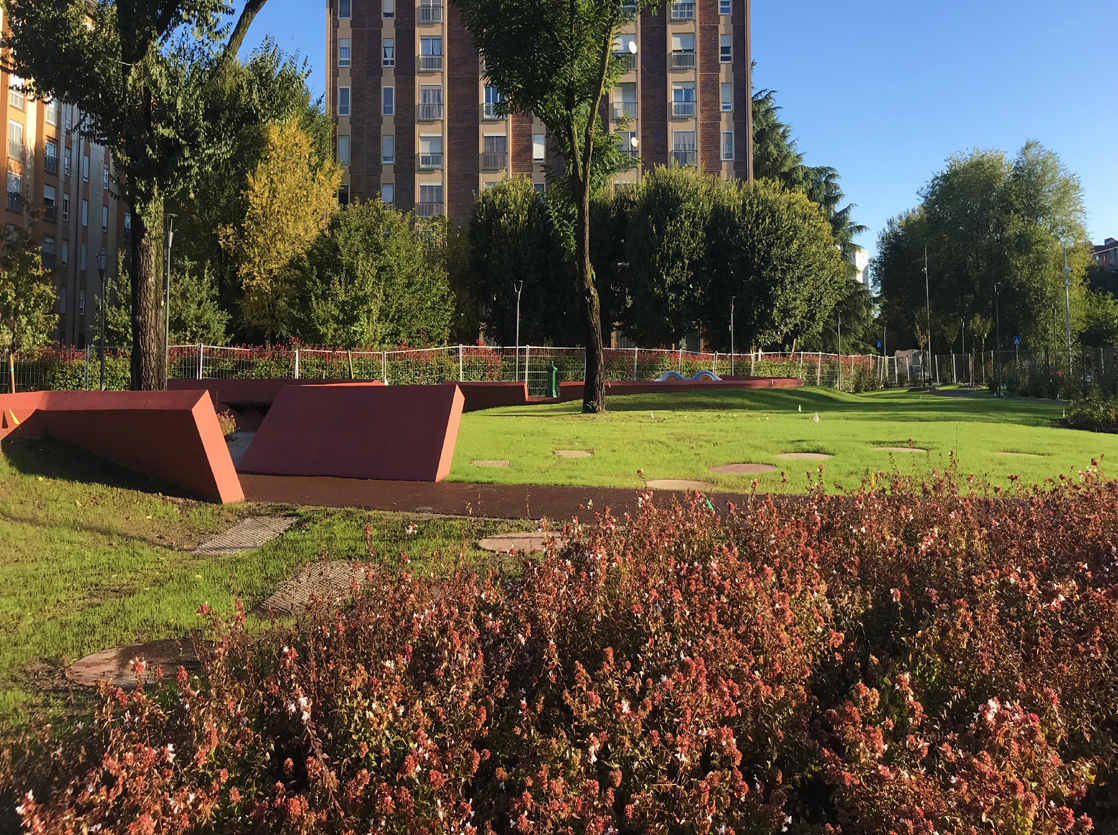 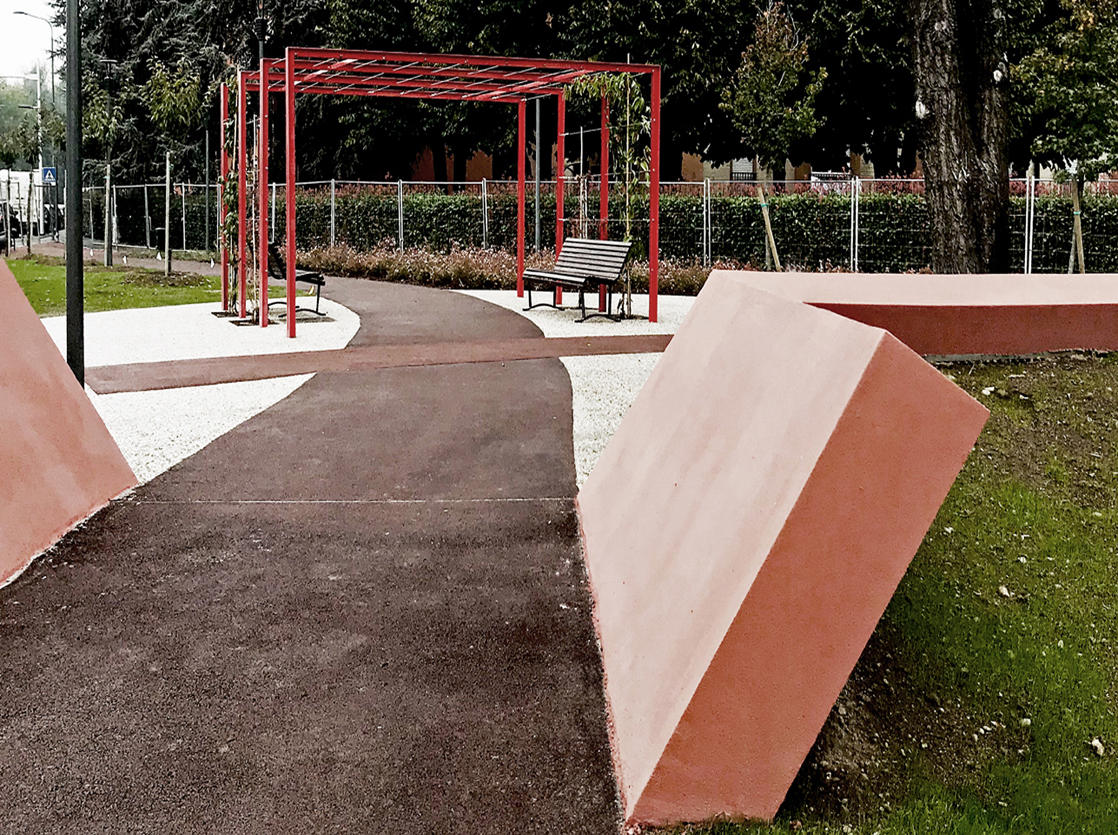 The project involves the upgrading of various areas near the Via Cilea park in Milan following an intervention of new construction of the underground pumping station.

The intervention area is divided into three areas (lot 1 \ 2 \ 3) each with different objectives among which a new garden and two dogs areas to be redeveloped.

Yet for all the areas we have tried to identify small project opportunities to propose a general improvement of the public park.

In particular, we were obtained internal routes with rest areas in drainage pavement and “lost steps” with colored cement plates and equipment and furnishings such as pergolas and benches, fountain, bicycle racks and new game accessible.

They were planted new trees and groups of shrubs and built new irrigation and garden lighting.

It was also realized a new fence of the area existing division with new fence H 150 cm equipped with driveway passing gate.